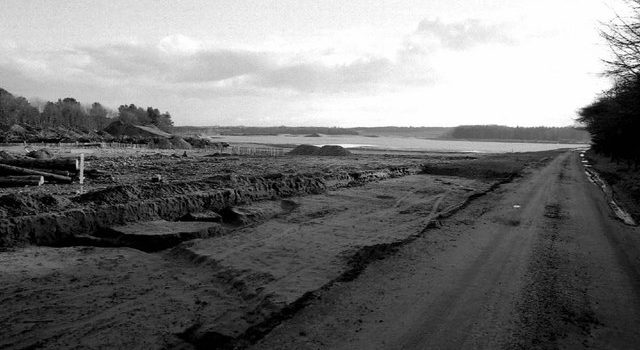 The parish of Dirleton stretches from the Peffer Burn in the west to the outskirts of North Berwick in the east. To the north it is bounded by the Firth of Forth while to the south are the lands of the hinterland farms. The parish covers some 3978 ha (9830 acres). The area is generally flat with Kingston Hill and Gullane Hill the only outstanding points. The Peffer Burn and a tributary, the Mill Burn, run into Aberlady Bay. Over a period of many years, a sand and silt bar has formed at the river mouth and the water quality became poor due to silting, slow flow and pollution. Monitoring and improvements have been ongoing.