The foregoing is a broad view of the historical development of coal mining prior to 1945: we can now look at the period after the Second World War and in particular the changes brought about by the nationalisation of the coal industry in 1947. It was a time of optimism, when mineworkers expected radical change after a war weary country elected a socialist government. To some extent this optimism was justified and conditions in the mines did improve. The existing mines were upgraded and new mines with higher standards of construction and equipment were driven to replace run down and frequently less safe mines.

Arguably, post-war changes had a down side in mining community life. The widely available distractions of modern life such as television, motoring, and outside entertainment facilities meant that shift work at the pits was more anti-social. The villages formed round the earlier colliery locations became largely dormitory places when miners had to commute to the new or extended distant collieries and to some extent this altered the former close community spirit. Nevertheless, traditional basic mining activities such as ‘dugs and doos’ (respectively, racing greyhounds and homing pigeons), football, gardening, bowls, etc., continued to be pursued if perhaps to a lesser extent. 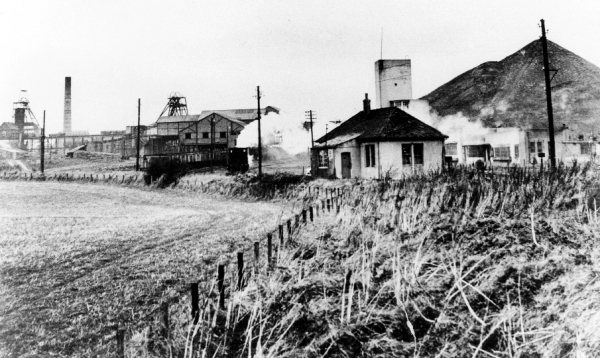 The shortage of coal supplies in the early years of nationalisation and the knowledge that East Lothian had, on paper, vast reserves to be exploited, particularly off-shore, indicated a great future for the industry. Plans were prepared for further major developments but by the late 1950s, the demand for coal started to decline. By the 1960s the competition from other energy sources was building up. The railways were converted to diesel power, and ships to oil. The discovery of North Sea oil and gas also saw the conversion of the industrial and domestic markets to these cleaner and more convenient fuels. Even the supposedly secure market for coal of electricity generation was affected by the development of atomic power. When Torness nuclear power station in East Lothian came into operation, the quantity of coal used in Cockenzie station was cut back considerably. So, although the NCB had set up new collieries at Bellyford and Meadowmill, by 1964 they and all the pre-nationalisation collieries had closed. Those East Lothian miners who wished to stay in the industry were transferred to Midlothian collieries but they too had all shut down by the end of the 1980s, although Monktonhall did re-open as a private enterprise for a short period.

No review of mining would be complete without a reference to a major event in the recent history of the coal industry, viz the national strike of 1984/85 (see Rab Amos, this volume). By this time all the collieries in East Lothian had closed and so the mining communities in the county were spared the direct and frequently violent confrontations that took place elsewhere between the police and the miners’ union pickets. Nevertheless, those miners who had elected to travel to Bilston Glen and Monktonhall Collieries for employment were involved and their families had to endure the problems and deprivations of a yearlong strike. It has been estimated that, prior to the strike, over 1,000 miners from East Lothian worked in the Midlothian super-pits; at Monktonhall there were over 700 which constituted around 40% of the colliery workforce, whilst at Bilston Glen the figure was over 300, or 16%.

The only remaining coal extraction in the county was that carried on at the large opencast site of Blindwells which supplied Cockenzie Power Station. By 2000, coaling ended here also and restoration of the site was under way. It seemed that this was the end of an industry that had existed for 800 years.